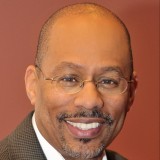 'Imposter Syndrome' can shape the lives we lead. Younger execs who are more likely to be more diverse than their bosses by age and ethnicity have less leverage to dictate how and when they’ll show up. We would all benefit if we would take a beat to allow calmer heads to prevail.

This Independence Day is being observed against the backdrop of the U.S. Supreme Court setting back women's rights for generations -- just the latest proof that freedom is rarely free. Introducing our new Marcom Weekly columnist: We can find appropriate ways to acknowledge the federal holiday without dishonoring the legacy.